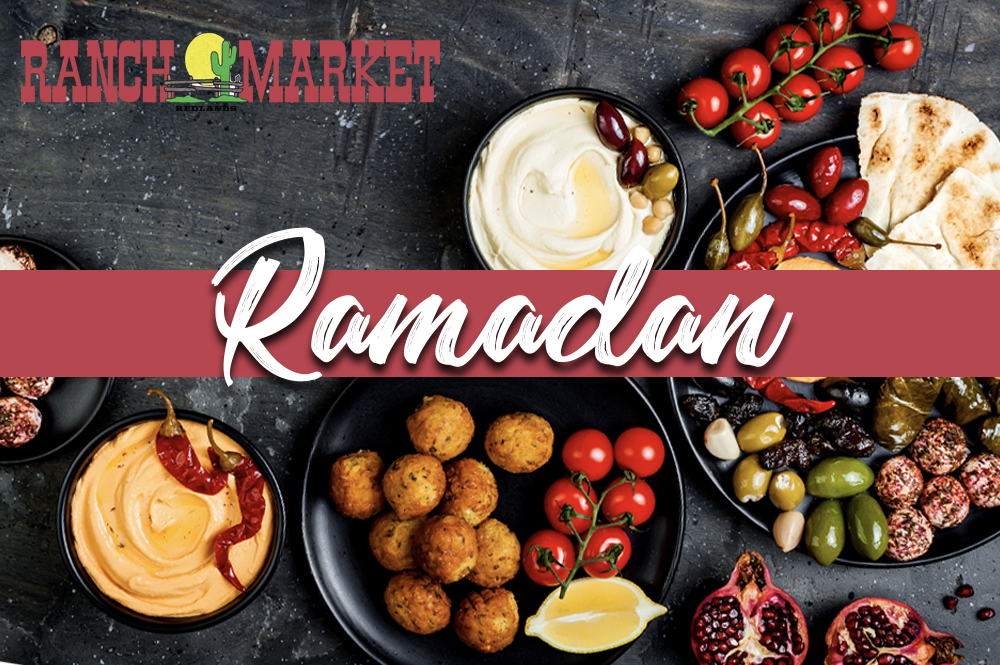 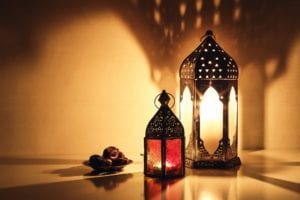 In order to understand meals traditionally eaten during Ramadan, we need to understand the purpose of Ramadan and its rules since these have a direct bearing on what is eaten during the observation. So, we’ll discuss the following points:

The holy month of Ramadan occurs on the ninth month of the lunar-based Islamic calendar. Since Ramadan shifts approximately 11 days earlier each year on the solar-based Gregorian calendar, Muslims experience Ramadan in different seasons throughout the course of their lives.

The beginning and end of Ramadan are determined by a moon sighting committee in Saudi Arabia. It begins the day after the committee spots the new crescent moon, which can be tricky since it’s quite faint and can be seen for only about 20 minutes. If the moon isn’t visible to the naked eye because of haze or clouds, lunar calculations are used to predict whether it’s in the sky.

The importance of Ramadan

Ramadan is the most sacred month of the year in Islamic culture. Muslims observe the month of Ramadan, to mark that Allah, or God, gave the first chapters of the Quran to the Prophet Muhammad in 610, according to the Times of India. During Ramadan, Muslims fast, abstain from pleasures, and pray to become closer to God. It is also a time for families to gather and celebrate.

Last year’s Ramadan was a bit different, as the coronavirus outbreak meant that many people were unable to visit friends and family, or their local mosque. But the meaning behind the observance remains very personal and individual as a time for sacrifice, renunciation, self-reflection, and spiritual growth.

Ramadan is also a powerful symbol of unity, with Muslims around the world fasting simultaneously while bringing family and friends together.

During the month of Ramadan, Muslims won’t eat or drink between dawn and sunset. This is called fasting — an important practice during Ramadan where Muslims abstain from all food or drink, including water and chewing gum, from dawn to sunset, and devote themselves to their faith and come closer to Allah.

Muslims practice fasting upon reaching puberty; however, not everybody fasts during Ramadan. Some people are exempted, such as those who are ill or frail; women who are pregnant, lactating or menstruating; and travelers. It’s also said that if someone is unable to fast traditionally, they must feed one poor person for each day missed.

Fasting during Ramadan is #4 of the Five Pillars of Islam. These pillars, or duties, form the basis of how Muslims practice their religion. According to Islam Guide, the Pillars of Islam are:

During Ramadan, observant Muslims fast from sunrise to sunset. Fasting is not only about abstaining from food and drink, though. Muslims must also refrain from smoking, taking oral medications, engaging in sexual activities, and gossiping, fighting and lying.

While it might sound difficult to abstain from eating for up to 17 or 18 hours (depending on where in the world Ramadan is celebrated), after a couple of days it becomes the norm, and it is a reminder that a person is not just a physical body but a soul as well.

For the fasting to be valid, a serious intention, or niyyah, must be made to fast and adhere to the laws surrounding the fast. The commitment must be made each day before dawn. The fast will be considered to be nullified if one eats or drinks, intentionally vomits, has sexual intercourse or has menstrual or childbirth bleeding. If the fast is broken, the fast must be made up for at a later date. If one’s fast is not broken intentionally, God will forgive the individual.

Ramadan is also a time for spiritual reflection, prayer, doing good deeds and spending time with family and friends and people will normally make a special effort to connect with their communities and reach out to people who need help.

It is recommended that before sunrise, Muslims eat a pre-fast meal known as suhur. After sundown, Muslims break their fast with iftar, a meal which usually starts with dates and water or milk, followed by dinner. Muslims are permitted to snack at night between those two meals, and hydration is encouraged, especially when Ramadan falls during summer.

Muslims break their fast by eating 1 or 3 dates as was the practice of Prophet Mohammed who broke his fast with three dates and water. From a nutritional point of view, dates are an excellent source of fibers, natural sugar, iron and magnesium. They help restore blood sugar after long hours of fasting.

Refreshing juices like Jallab, Amar al-Din, and Tamarind are also consumed either before or after the meal to replace fluids lost during the day.

Because these meals need to provide enough sustenance throughout the entire day, many dishes are associated with (and sometimes only served during) Ramadan. Most contain plenty of complex carbohydrates, which release energy slowly, and are low in fat and sugar. Foods that hydrate and don’t take long to make (like soups) are common, while spicy dishes such as curries are avoided.

The Suhur often combines breads, potatoes, eggs and rice as well as some dairy products. This meal often resembles breakfast, but in some cultures it may include more dinner-like foods.

The Iftar is a blessing, often enjoyed as a community. Fruits and vegetables are usually big parts of the Iftar, as are many delicacies unique to the Islam religion.

Don’t forget to check out the sources below for additional information on Ramadan:

The Ramadan Practice of Fasting