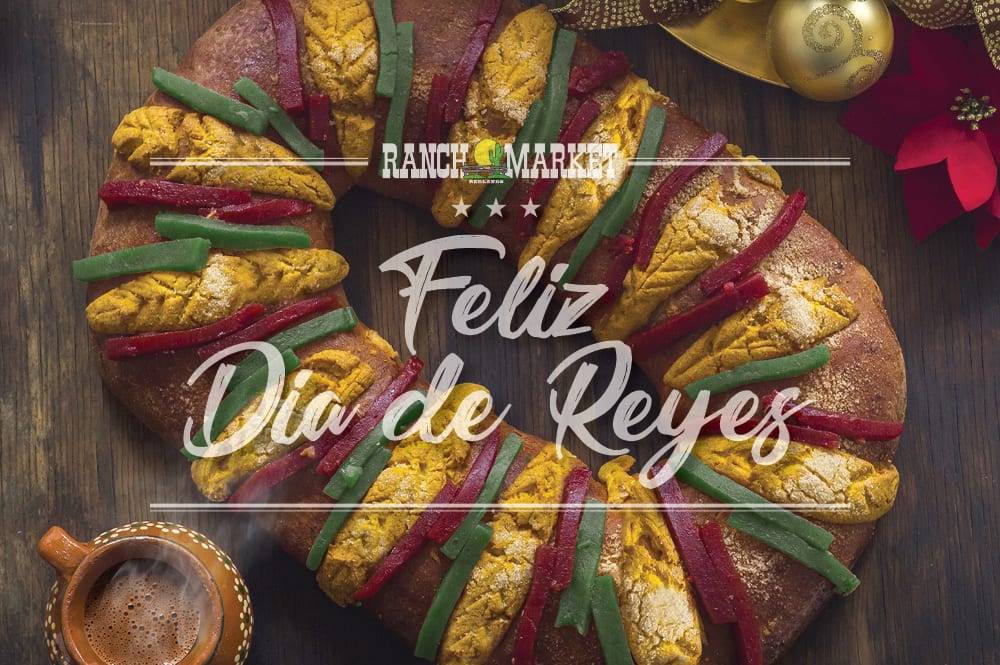 Day of the Three Wisemen: Origin of Rosca de Reyes plus an effortless Rosca bread recipe to conclude the year and welcome a new one 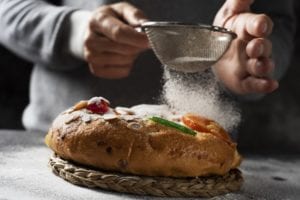 The star of the Rosca de Reyes celebration is a sweet dessert cake referred to as King Cake. Made with flour, eggs, butter, dried and candied fruit, nuts, and a tiny plastic baby hidden inside, this special Rosca bread has more than a flavorful history

From a king’s crown to a wreath-shaped loaf bejeweled with fruits and nuts, this is a bread with rich historical and religious origins

Rosca de Reyes has deep religious and cultural undertones that are just as important to know as the celebration itself. The story of the Three Wisemen guides most, if not all, of the celebration. This includes how the food (Rosca bread) is prepared and eaten.

It’s believed that Melchior, Gaspar, and Balthazar — the Three Kings from the East — traveled to Jerusalem following a star. According to this article, when the three men met with King Herod, they asked him where the new king had been born. King Herod was frightened by these words and asked the wise men to search for the child and bring word once they had found him; he played the request off as if he may also go and worship the new king. The reality, though, was that Herod was afraid that the child might pose a threat to his kingship. As such, he ordered that every single baby in a household that was under the age of two years old would be killed.

The day when the wise men found the baby Jesus is known as Epiphany, which is precisely the event represented by the Rosca de Reyes — the figurine of the baby Jesus hidden in the bread represents the flight of the Holy Family, fleeing from King Herod’s Massacre of the Innocents. Hence, tradition holds that the cake is “to draw the kings” to the Epiphany. The oval shape represents a king’s crown, and the colors of purple, green, and gold originate from the Christian religion, with purple symbolizing justice, green symbolizing faith, and gold symbolizing power. The three colors likewise honor the three kings, and the bread is traditionally served with a garnish of “jewels,” that is, an assortment of nuts and dried and candied fruits.

Cultural variations of the celebration around the world (France, Spanish, Latin America, and America)

What started out roughly 300 years ago as a dry French bread-type dough with sugar on top and a bean inside now comes in many varieties depending on the country. Some loaves of bread are made of a sweet brioche dough in the shape of a hollow circle with a glazed topping sprinkled with colored sugar.

Hundreds of thousands of king cakes are eaten each year around the world and recipes vary from country to country and between cultures. For example, the King Cake tradition is thought to have been brought to New Orleans from France in 1870. Now, as part of the celebration, it is traditional to bake a cake in honor of the three kings during the Carnival season. In other countries, king cakes are made with a puff pastry, filled with one of several fillings such as almond, apple, chocolate/pear, and more.

For children in Mexico and other Latin American countries, such as Argentina, shoes are left outside their home or room before going to bed. The shoes will be filled with hay or dried grass and a bowl of water as a present for the animals the wise men ride, along with a note for the men.

Whoever finds the hidden baby in the Rosca is crowned king for the day and must carry out some added responsibilities. In France, the finder will have to provide the following year’s cake; in Mexico, they’ll have to provide the tamales and atole for the next party, Candlemas (Día de la Candelaria), on February 2nd, and must take the figurine to the nearest church to celebrate the presentation of Jesus in the Temple.

Be it in the French gallette or Gâteau des Rois, the Spanish Roscón de Reyes, or the Latin-American Rosca de Reyes that we’re highlighting today, this celebration upholds the same general concept: find the hidden baby and act as “king” for the day with various privileges and obligations.

The tradition of eating Rosca actually started in France, in the 14th century. The way it was eaten was almost a ritual in itself. A slice of bread was first given to a poor person or stranger, then the next slices were intended for those serving in the King’s army, and the rest of the bread was distributed among the other guests. This tradition soon expanded to other countries in Europe and later to Latin America.

Today, the baby symbolizes luck and prosperity to whoever finds it in their slice of cake. As beans and porcelain figures became replaced with plastic babies, many bakers have recently been placing the baby outside of the cake and leaving the hiding to the customer. This is also because there is a potential of customers choking on or swallowing the baby, and bakers want to stay clear of this liability.

In France, the tradition involves the Rosca de Reyes being placed on a table, under which a child sits or is blindfolded. When the bread is divided, the child is asked, “Who shall receive this share?” The child names someone and the recipient is selected to find the hidden trinket. These days, some cultures have replaced the plastic baby with other objects such as a bean and sometimes even a coin.

In Mexico, the tradition of sharing the bread is slightly different. Guests randomly take a share of the bread, and whoever finds the figurine automatically becomes the king. The finder then has to make a party with tamales and atole, as mentioned earlier.

Mix all ingredients except for butter with starter and knead firmly for ~ 10 minutes → Add butter and knead for another 10 minutes or until dough is shiny and elastic → Pop dough back into bowl, cover with cling film, and rest it until doubled in size (about 4 hours)\

In small saucepan, mix sugar and water and bring to boil, stirring until sugar has completely dissolved →  Add fruit and keep boiling syrup over medium heat until water has evaporated and fruit looks slightly transparent → Place fruit on sheet of baking parchment and leave to dry

Preheat the oven to 200C/400F → Mix flour with enough water to make thick paste → Glaze wreath with beaten egg and decorate with strips of paste and candied fruit → Sprinkle sugar over top and bake for 25-30 minutes. (You might have to cover with tinfoil after a while to prevent it fro

TIP: If you don’t want to risk being the one to find the baby Jesus (and essentially doing all the work for the next day’s festivities), put in a whole handful of baby Jesuses! You’ll have a team of people.

Be sure to check out the links below that were referenced in this article! You could also read additional information on Rosca de Reyes: