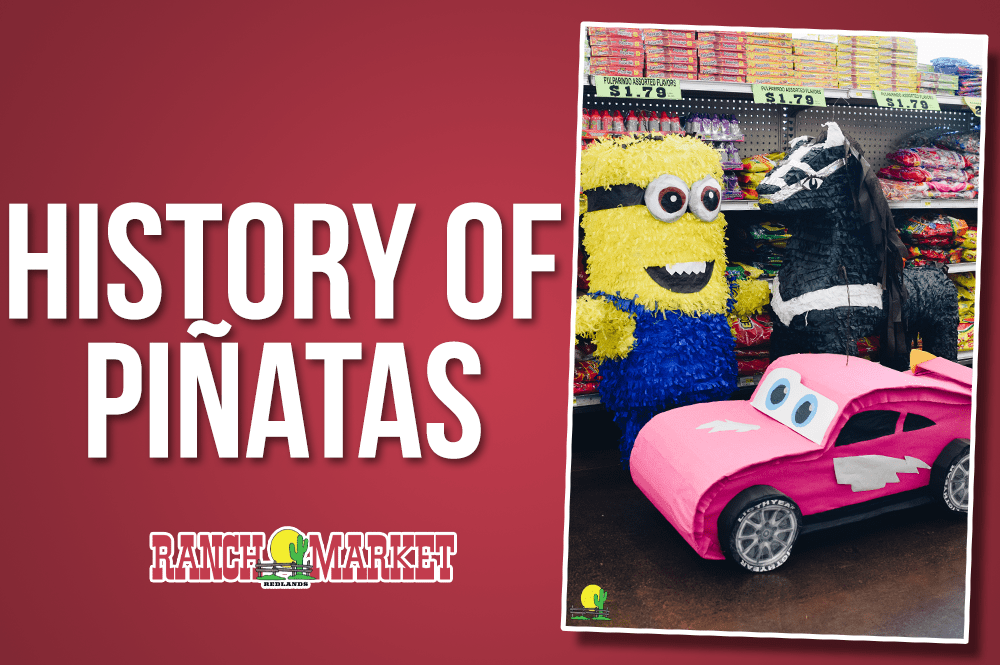 Summary: Answering questions about the piñata such as origin, religious significance, and modern day use

There’s no denying that the modern piñata is distinctly associated with Mexican culture. However, our familiarity with colorfully decorated burros or stars (suggestive of the Star of Bethlehem) and assorted dulces enchiliados has a different past.

Some of you might not be aware of the piñata’s Asian origin. We often associate it with Mexican cultural celebrations, but it’s said to have dated back over 700 years ago… to China. We can also thank the Venetian merchant, explorer, and writer, Marco Polo. But what about other cultures?

To celebrate the birthday of the Aztec god of war, Huitzilopochtli, priests placed a clay pot on a pole in the temple at the end of the year. Colorful feathers adorned the richly decorated pot that was filled with tiny treasures. When it was broken with a stick or club, the treasures fell to the feet of the god’s image as an offering.

The Mayans were also great lovers of sport and played a game where the player’s eyes were covered while hitting a clay pot suspended by string.

Despite these “pre-piñata” ceremonies existing, in the early 1500s, Spanish missionaries used the piñata to attract North American converts to their ceremonies. We’ll talk more about this later, but for now, let’s learn a bit more about how the piñata made it’s way into the Spanish scene first.

THE LINK BETWEEN CHINA, MEXICO, & RELIGION

Before the Spanish presented the Mayans with another version of their strung clay pot, there was Marco Polo. He traveled through Asia along the Silk Road between 1271 and 1295. (It’s also been claimed that he’s the reason that childhood swimming pool Tag! game exists, but we digress.)

A brief synopsis of China’s and Marco Polo’s roles in the origins of the piñata:

Apparently, during his travels in Asia, Marco Polo came across the Chinese fashioning figures of cows, oxen, or even buffaloes. This doesn’t sound unusual, as the Chinese were known for animal symbolism in the culture.

These figures were covered with colored paper and adorned with harnesses and trappings to greet the New Year then knocked hard with sticks of various colors until seeds spilled out.

The remains were then burned, and people gathered the ashes to bring good luck throughout the year. But there’s a lot more religion, worship, clay, and fillings to come.

From Asia to Europe (Italy) to Spain:

Eventually, the piñata acquired a religious meaning, being adapted for the celebration of Lent when the custom was imported first to Italy then to Spain in the 14th century.

The Italian word pignatta translates into “clay pot” and is the most probable etymology of the word we know today — fitting since the original piñatas were fashioned in clay. The Spanish used a clay container called “la olla” (Spanish word for pot). At first, the pot wasn’t decorated. Later, ribbons, tinsel and fringed paper were added and wrapped around the pot.

The first Sunday for the celebration of Lent became Piñata Sunday. The custom then spread to Spain where the first Sunday in Lent was turned into a fiesta called Dance of the Piñata.

For more information on the influence of China on Europe and Spain, check out this kid-friendly article here.

From Spain (back) to Mexico:

Word of the piñata traveled from Spain across the ocean to America. Spanish missionaries brought their piñatas. The thing is: When the Spanish brought piñatas to Mexico in the 16th Century, they found a similar practice among the Mayas and Aztecs (the one we mentioned previously).

Priests would decorate a clay pot with colorful feathers and beat it to reveal treasures before their god on the divinity’s birthday, celebrated in December.

This begs the question: If Spanish missionaries were already aware of the Mayan’s “pre-piñata” ceremonies, why even use piñatas? Based on the religious overtones associated with the Spanish travels to Mexico, we could assume it has much to do with establishing common ground: The piñata was a bridge to convert the Mayans to Christianity.

The Spanish missionaries started using piñatas for evangelism purposes. They covered their versions of the piñatas with colored paper to make them “look scary” in the hopes of attracting people to their religious ceremonies. They began associating a star-shaped piñata with the Star of Bethlehem and having kids beat it during Christmas “Posadas,” a 9-day period ending on Christmas Eve representing the journey of Mary and Joseph to Bethlehem.

Who knew burning seeds and gathering the ashes to bring good luck throughout the year would take on such an evangelical meaning? But the religious symbolism gets deeper than just Mary and Joseph.

In an article published by Spanish Town, people also traditionally sing songs while breaking the piñatas during festivities:

porque si lo pierdes (because if you lose)

Some songs have a second stanza where the piñata is said to be filled with oranges and sugar cane while conclude with the onlookers singing about the participant hitting once, twice, and three times before they have to give the stick to the next participant.

Today, the piñata has lost most, if not all, of its religious symbolism. Most who participate in the game do so mainly for fun and entertainment, but Hispanic families can still be heard singing traditional songs while taking turns at the piñata.

As a result of its heavy religious background the piñata continues to be heavily associated with Christmas season and is also especially popular during birthday parties.

Despite it’s unique and often neglected history, a few things about the piñata remain the same: Everyone still enjoys watching the goodies fall out, and everyone shares in receiving a portion of the goodies, whether they were the victor or not.