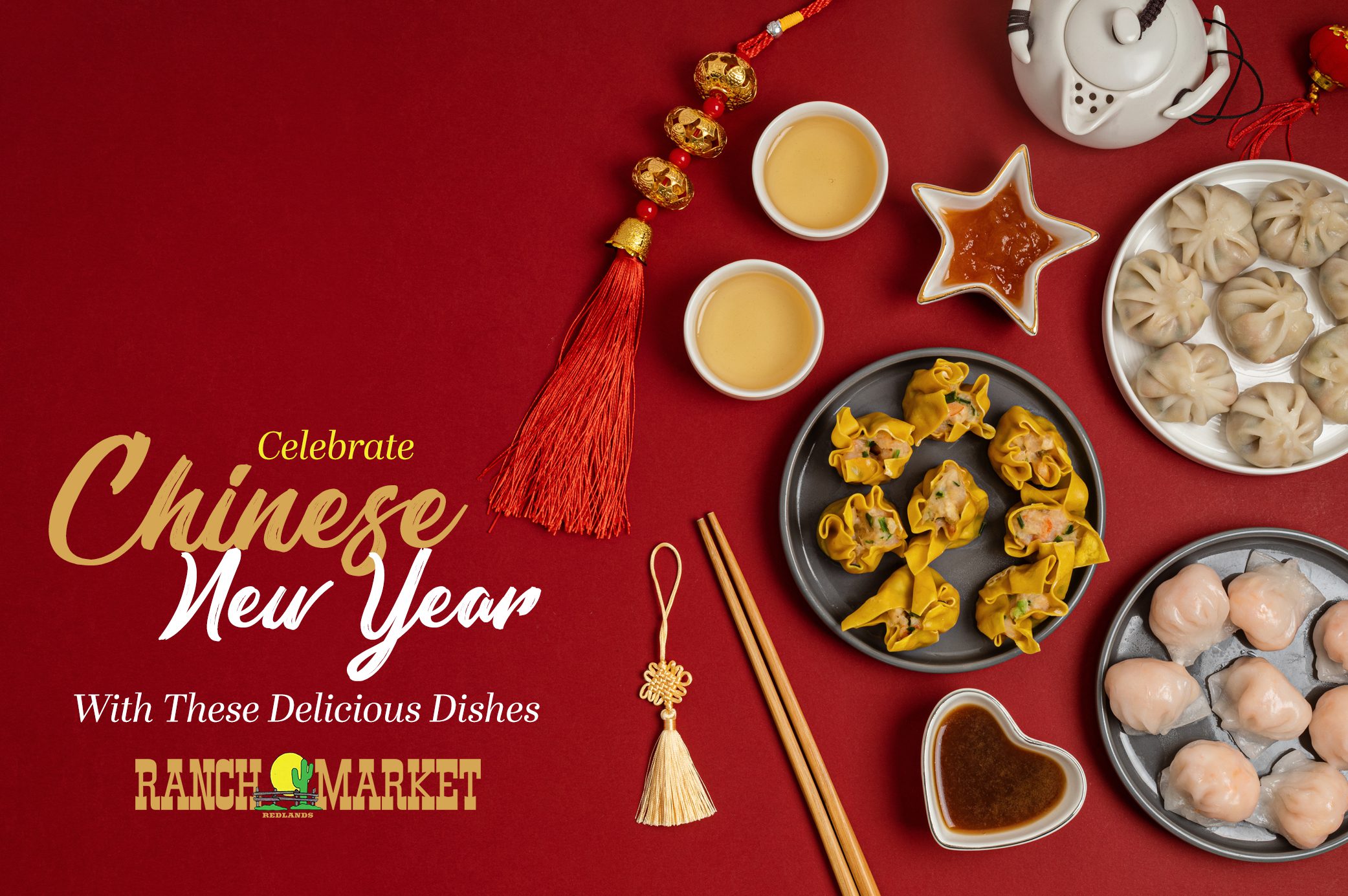 Overview: Some people witness Chinese New Year by watching parades in China Town or having a great meal; the versatility of Chinese traditions never fails to amaze us. Here’s all you need to know about Chinese New Year and the appetizing meals!

From hanging an onion on the door to fireworks and eating lucky foods, New Year is a tradition that people celebrate differently worldwide. While everyone around the world celebrates New Year from January 1st, the Chinese New Year is determined by the Chinese lunar calendar. Although the date changes yearly, the period always starts from January 21st to February 20th.

Have you ever wondered how long Chinese New Year celebrations last? Chinese New Year is celebrated for sixteen straight days, and the preparations start half a month before the eve. Yes, that’s right!

Just like other things, the history of the Chinese New Year is also based on myths and stories. Chinese New year stemmed from the ancient battle against a terrifying beast that used to show up yearly only to scare people and steal their livestock. To scare away the monster, people lit candles, displayed red color, and wore red clothes. That’s how the Chinese New Year came into celebration.

Although regional customs and traditions vary widely across the country, the theme is the same everywhere: seeing out the old year and welcoming prosperity, positivity, and luck for the new year. People clean their houses thoroughly, which symbolizes sweeping away bad luck. Red is the primary color for the festival as it denotes prosperity and energy.

Read more about the origin and history of Chinese New Year.

Traditional Meals of the Day:

The lunar year celebrated in most Asian countries is the time to bring families together. That’s one of the reasons why the reunion dinner eaten by Chinese and Vietnamese families is such an important New Year’s Tradition. And reunions are incomplete without an ample amount of food served at the table — don’t you agree?

Toast black sesame seeds in a dry frying pan over low heat until they plump out and are easy to break. Let them cool down for about 15-20 mins and put toasted seeds in a food processor. Grind them with sugar until they turn into a soft and shiny paste.

Add butter or coconut oil — your preference — mix, combine, and then refrigerate until the mixture is firm. Divide the paste into 20 portions by shaping each portion into a ball. Put them back in the fridge.

It’s time to make the dough: Pour boiling water into glutinous rice flour while stirring with a spatula. Add water or beetroot juice little by little.

PS: Beetroot juice is used to give a soft pink color to the mixture.

Prepare two 8 inches baking pans by brushing the oil thoroughly. Add 2 cups of water and ginger to a medium-size pot and bring it to a boil. Let the mixture simmer for 10 minutes with the lid covered. Turn off the heat, stir in brown sugar, and allspice until the sugar is dissolved. Remove the ginger slices and add 1/2 cup of water to cool it down.

In a large mixing bowl, mix two kinds of flour — glutinous rice flour and rice flour. Slowly add sugar water mixture. Stir thoroughly until the batter has a smooth consistency with no lumps. Now stir in orange zest, molasses, and vanilla extract. The mixture should have the consistency of condensed milk, and if the batter is thick, add a few spoons of water.

Pour the batter evenly in two foil pan and place both in a double-Decker bamboo steamer. Poke a toothpick after 1 hour and make sure it turns out clean. Let it cool for overnight.

The best way to bake Nian Gao is by pan frying it. Once it gets harden overnight, dip the slices in an egg if you like some savory flavor. Whisk 1 egg with 1tbsp of water, and cook the slices for 3 to 4 minutes, flipping halfway. Your Nian Gao is ready to rock the table!

GET YOUR GROCERIES DELIVERED!

Take a large bowl and mix pork, green onions, ginger, soy sauce, vegetable oil, salt, egg, and sesame oil. We prefer hands (with gloves, of course) to mix the mixture, but you can also use a stand mixture. Combine everything really well and set aside to marinate for 1-2 hours.

In the meantime, cut cabbage into thin strips, followed by chopping the thin strips into very small pieces. Place the cabbage in a bowl and sprinkle that extra spoon of salt. Set the cabbage aside for 30 minutes.

Squeeze out the excess water from cabbage before adding it to the pork mixture. Mix the cabbage into the marinated pork mixture.

TO MAKE THE DOUGH:

In a large bowl, mix flour and water to form a soft dough. Turn out to a slightly powdered surface and knead for 10 minutes until the dough is smooth. Divide the dough in half, by shaping each into 12-inch long roll. Cut each roll into 1/2 inch pieces.

Take a piece of dough and roll into a ball. Press the ball with the palm of your hand. Now use the other hand to turn the dough as you roll the dough out with a rolling pan — turn and roll, turn and roll. This will help make the center thicker than the edges.

Repeat the process with all the dumpling wrappers.

TO MAKE THE DUMPLING:

Take a dumpling wrapper and place a tablespoon of the filling in the center. Don’t fill it much or the mixture will ooze out. Fold the dumpling wraps by pinching the edges.

IT’S TIME TO FRY THE DUMPLINGS:

Heat 1/2 tbsp in a large non-stick pan with a lid. Place dumplings in the pan, and cook with the lid on for about 30 minutes. Add half cup of water to the pan and continue cooking after removing the lid until the water evaporates and the dumplings are golden brown. Serve hot and enjoy!

Among many other traditions to celebrate Chinese New Year, we absolutely adore the Lateran festival. The night sky with hundreds of floating lanterns brightens up everything and makes everyone go around cheering and smiling. And how can we forget traditional food that binds everyone together?